BE SAFE IN THE MEDIA

BE SAFE can often be found in your local and national news!
Look at all of our noteworthy news stories about how we’re spreading autism and special needs safety awareness throughout the United States, Mexico, and Canada.

The event helped officers and people with autism get a better understanding of how to interact with each other in certain scenarios.

Check out “Valley officers trained in interacting with people with autism” on 12news.com

The Morning Blend interviewed Tom and Emily Iland about educating police about autism.

Check out “Tom and Emily Iland talk BE SAFE: The Movie” on www.kgun9.com 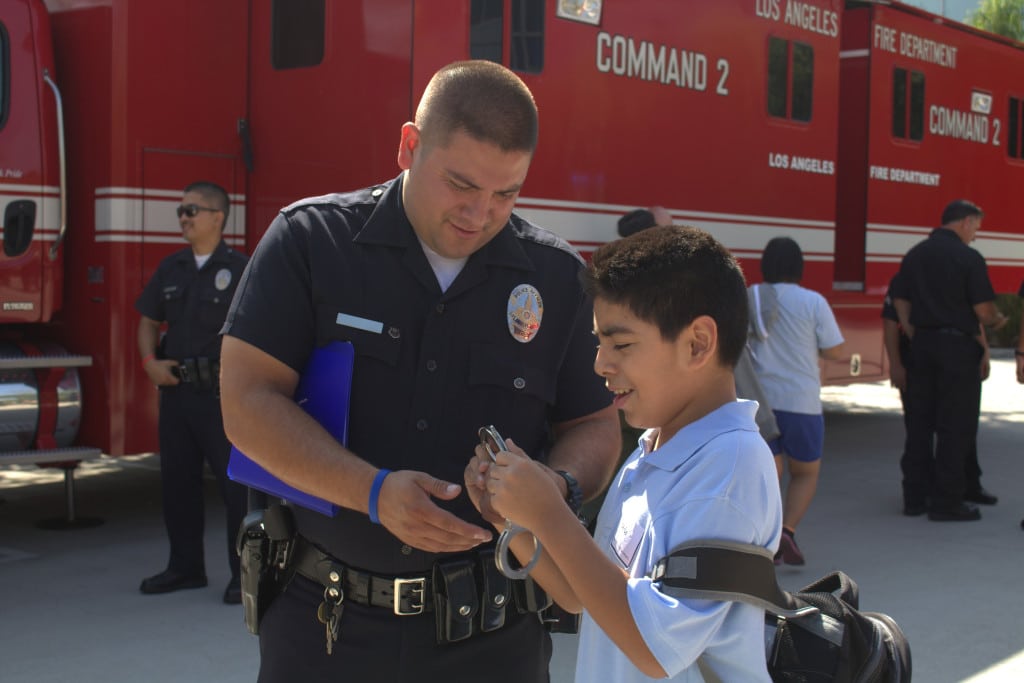 Worried about the safety of your child with autism or with other exceptional needs? 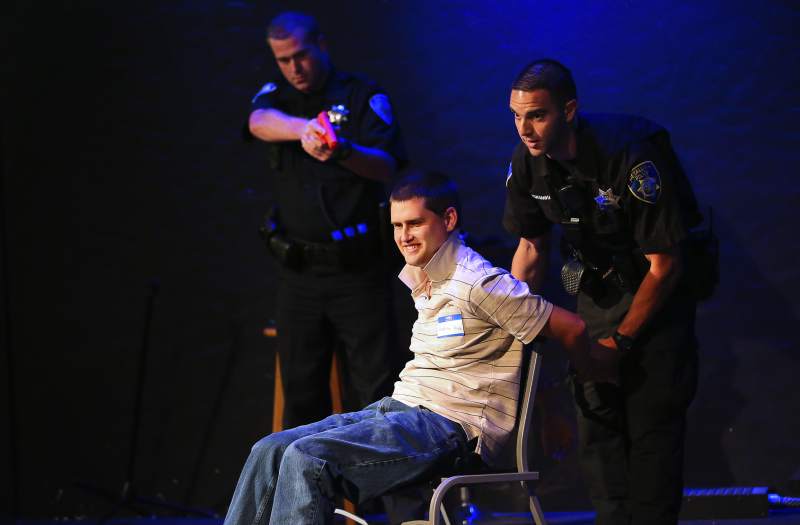 Sonoma County law enforcement and people with autism gather to teach each other by Julie Johnson. The Press Democrat captured the story and images behind an excellent BE SAFE Interactive Movie Screening, attended by peace officers from 13 different Sonoma County agencies and dozens of local youth. [View]

An article featured on CSUN today about Emily Iland and her efforts to improve the lives of people with autism and beyond.

Thank you to comedian Kirk Smith, the father of a teenager on the spectrum, who interviewed Emily and Tom about their work teaching people with autism to interact with police, and helping police to understand people with autism and similar disabilities. Thanks also to Graham Kay for your insights and comments after the interview. We appreciate your encouragement and support! [View]

“It’s all about awareness,” said Pembroke Police Chief Richard Wall. “The more citizen groups like this help us train, the better we are. The criminal justice training council can only provide so much. They’re working on things, but for us going to get training like this, it’s just a great opportunity.” [View]

November, 2016 – The Magazine of Santa Clarita: Chronicling a Mother’s Mission

Thank you for highlighting our many years of effort to promote safety in the SCV and beyond! [View]

“We are proud to sponsor the ‘Be Safe’ community safety event with the Autism Society of Central Texas, and this represents the first of many events of this nature we will sponsor in the AACOG region,” said Diane Rath, AACOG executive director. “Any opportunity for our law enforcement community and our disability community to share and learn together is a win-win for us all.” [View]

The one on one interactions [at the BE SAFE Interactive Movie Screening] help officers and those in the community with autism create a mutual understanding. “It’s good for them to know what to expect when we come into contact with us,” said Officer Scott Boehm, an officer with 28 years on the force. “It makes them safer it makes us safer.” [View]

Join Rob Haupt of Autism Spectrum Therapies for the All Autism Talk podcast with guest Emily Iland M.A. The lively chat focuses on how to help individuals on the spectrum learn to interact safely with police. We discuss why autism should not be kept a secret from someone who has it, and the importance of self-awareness at every age.  [View]

Apprentice winner and attorney Stephanie Schaeffer and BE SAFE The Movie Creator Emily Iland M.A. discuss how to promote safe interactions between the police and individuals with Autism Spectrum Disorder (ASD).  [View]

Autism Society of Los Angeles bridged the gap between law enforcement and the autism community.  [View]

LAPD and children with autism learn to understand each other, By Susan Abram.  [View]

OpEdNews interviews Emily Iland about Be Safe The Movie, By Joan Brunwasser.  [View]

This Woman Wants to Teach You How to Not Get Shot by the Police By Dave Schilling.  [View]

For parents of young black men with autism extra fear about police By Rebecca Hersher.  [View]

Emily Iland, M.A., explains how BE SAFE the Movie and its related materials can be used to teach teens/young adults, teachers and communities how to interact safely with the police while officers learn to understand and respond to individuals with Autism Spectrum Disorder. (Segment starts at 64:30).  [View]

Emily Iland, author, autism advocate and creator of BE SAFE the Movie, talks about important safety considerations that autism parents should understand and act on.  [View]

MariaPaula Ochoa explains model programs from Los Angeles, including BE SAFE and Experience Autism, both used by the Los Angeles Police Department and authored by Emily Iland.  [View]

Advocate shows autistic people how to have safe encounters with police. Sandy Banks describes the benefits of a BE SAFE Interactive Screening in South Central Los Angeles.  [View]

Autism Meets the Police: What Will Your Child Do? By Emily Iland, M.A.
Practical tips for parents to focus on safety needs and resources to teach key skills.  [View]

May 12, 2008 – US Department of Health and Human Services Office of Minority Health

Navigating the Untamed Waters of Autism . By Isaac Itman Us Department of Health and Human Services Office of Minority Health.  [View]

Many People, Many Ways: How One Mom is Increasing Awareness of Developmental Disabilities.